Baby, it’s cold outside is an understatement!

When your meat won’t thaw… 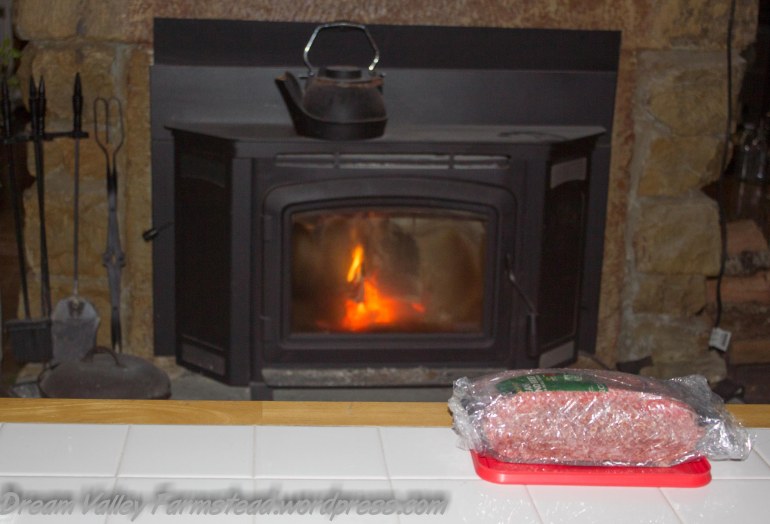 We are day five into the new year and ‘ol man winter is officially kicking our butts, not only here at the farm but all up the East Coast.

At the farm, we are still having issues with water.  This time it’s something with our plumbing.  The kitchen sink will not drain.  We’ve snaked it and even resorted to pouring a commercial grade sink declogger down it and it still won’t drain.  We’re not sure if there’s a frozen chunk of ice way down the pipe still there from when our water froze or what the problem is.

At least we have a sink and are not having to wash the dishes in the bathtub like the first year we lived here.  Good times!

We are also having electrical issues at the barn, which means the heated base for the chickens’ waterer won’t work which results in the water freezing.  CountryBoy brings the waterer in each night but has to break the ice or thaw the water throughout the day. 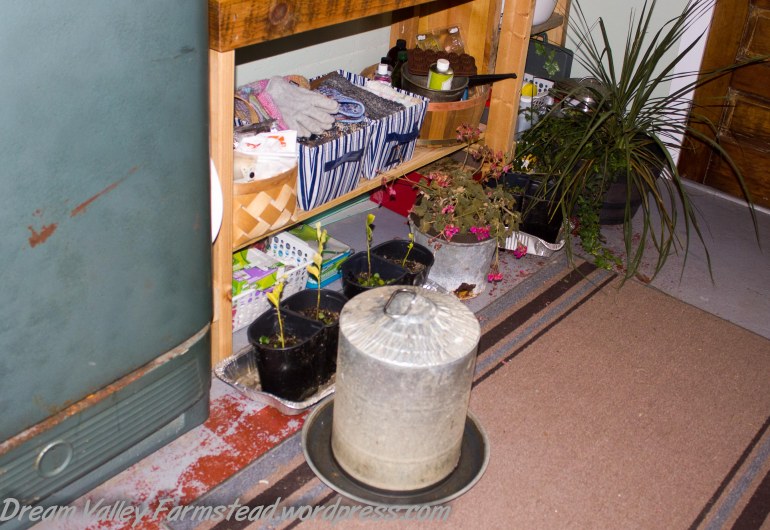 Today he added a heavy duty extension cord and so far, so good.  Water and food are very important in the winter time to maintain a chickens’ health so we’re hoping this continues to work until we can run proper electric out to the barn.  Just another project we did not want to tackle this year but looks like we will have to.

We are also having electrical issues in the greenhouse.  The space heater we had in there originally worked well without any problems.  Then one night, unbeknownst to us, it threw a breaker and we lost some plants.  Now, all of a sudden, it throws a breaker every time we turn it on which means the cat’s water also freezes as well as the plants. We’ve had to bring the surviving plants indoors and each morning and throughout the day I pour warm water in their bowl to thaw it.  Thankfully, the cats have an insulated house in the greenhouse which keeps them warm.  Even if they decide to lounge in one of the chairs in there instead of their insulated house at least they are out of the wind and elements.

At the moment, we are feeling defeated and as though we haven’t made much progress in getting the upper hand on this farm.  I know we are having these issues because of the extreme temperatures we are dealing with right now and that we have, indeed, made quite a bit of progress since moving in so, this too shall pass and we will continue with the necessary improvements for survival and, some day, maybe even comfort! 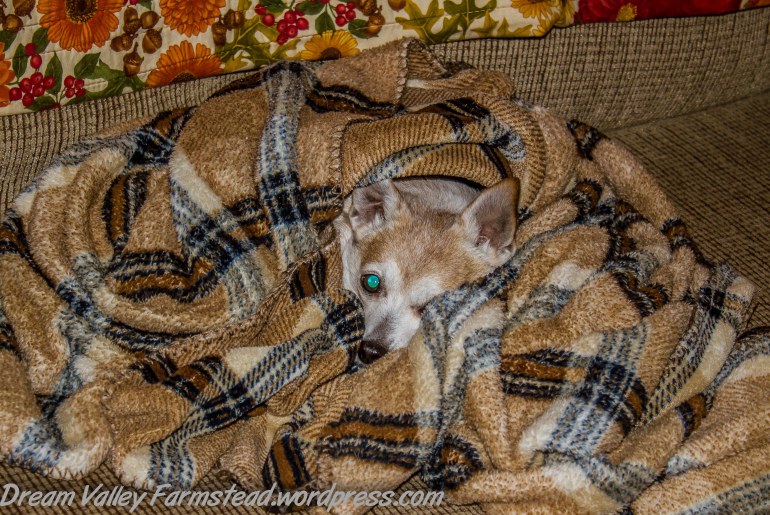 Our sweet LizzieBelle spends her days on the couch wrapped up in a warm, fleece blanket.  Lucky dog!

How are you faring during this winter chill?