While much of the garden has already been harvested or is slowly petering out there are a few things that remain.

Gone are the corn and corn stalks, potatoes, cucumbers and the pinto beans we planted.

What’s petering out are the tomatoes we planted and the okra is slowing down as well.

And, although the okra is slowing down it will still produce until we get a good frost and that’s OK with us! 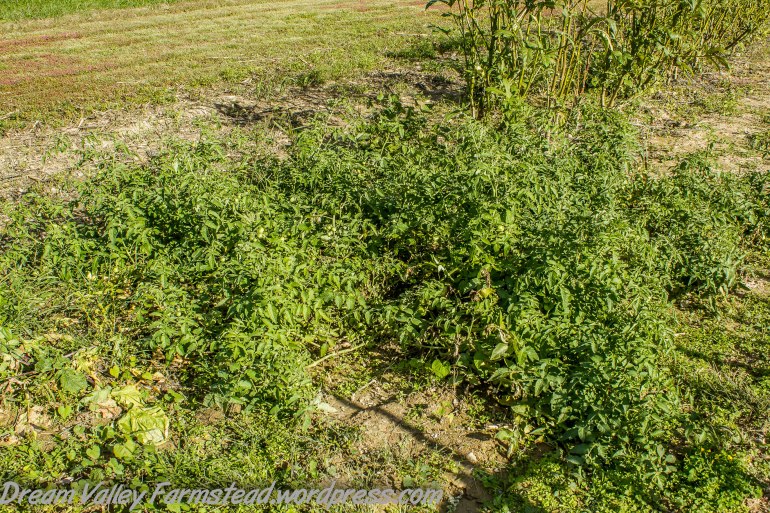 We have no idea what kind of tomatoes they are but the plants are low to the ground and the tomatoes are small, grow in clusters and are extremely delicious! 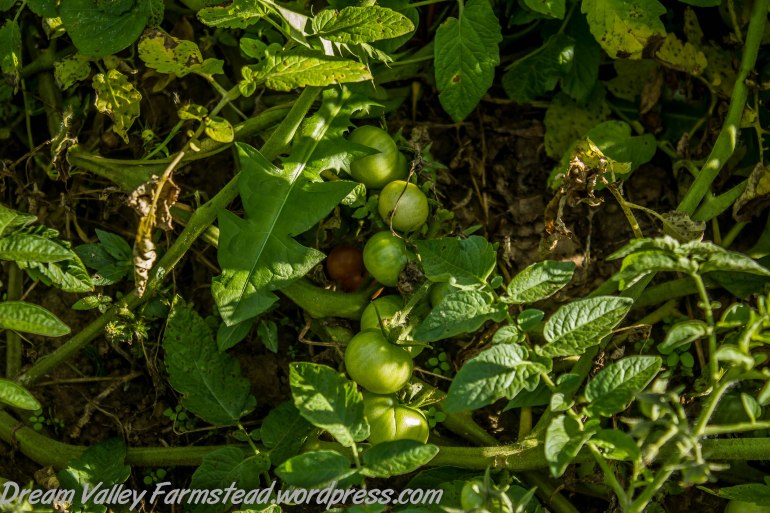 Here’s to hoping our first frost holds off so they can ripen!

These are filling out nicely and will soon be ready to harvest.

The beets are bursting out of the ground and are just waiting for me to have some time to harvest and put them up…. 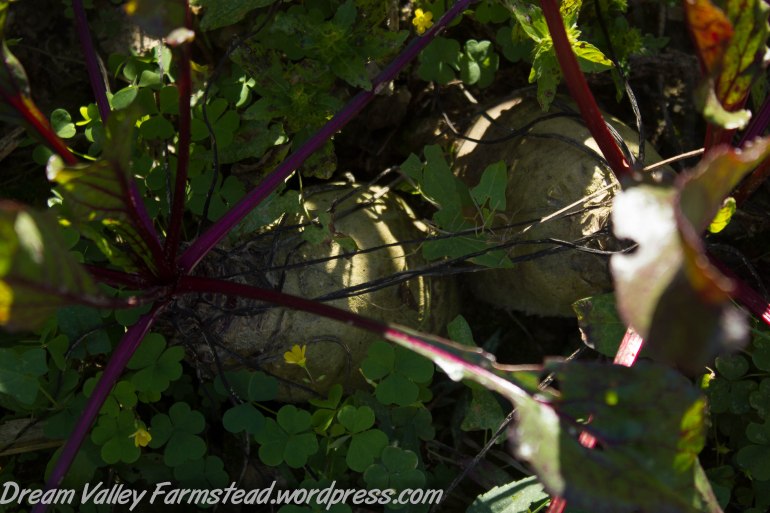 I see some pickled beets in the near future.  Yum!

The turnips?  We have no idea what’s going on with them.  The greens are looking good but there are little to no turnips.  Maybe we’ll just harvest some greens this year.  Who knows!

A recent planting in late summer were some cabbages…

They are HUGE!  Some of these will be eaten fresh and the others will be made into sauerkraut.  That is, if I can find a fail-safe recipe.  The last batch I made was WAAAYYY too salty (thanks to guessing at the weight of cabbage vs. amount of salt needed per pound.  I now have a kitchen scale so maybe my recipe will work)

Although our garden was smaller this year than previous years we managed to get a nice yield from it.  We were able to put up enough for eating during the winter months as well as even sell some at our local Farmer’s Market.  Overall, it was another good year.

And, always ready to assist in whatever’s going on is Greyfus… 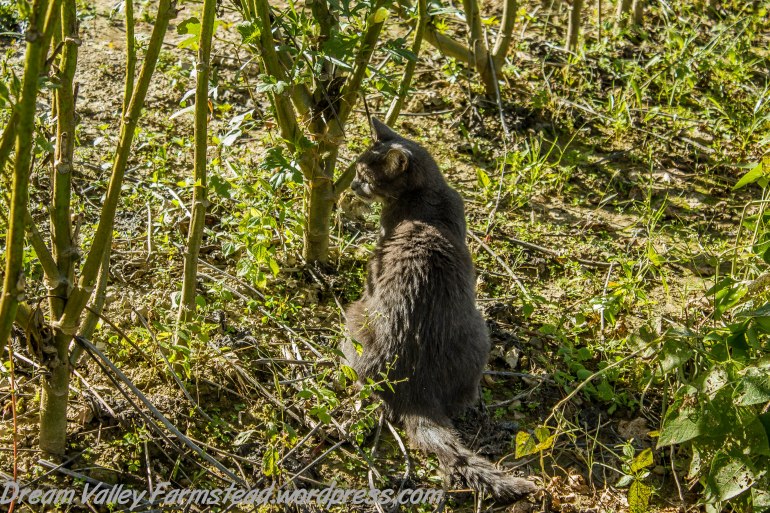 OK, so it’s more like getting under foot in whatever’s going on but, nonetheless, he is our trusty helper and a sweet boy!