This is the first time since we began raising chickens several years ago that we have been able to let them free range.

At the old house, we were surrounded by trees so the hawks were plenty.  After witnessing a hawk chase one of our chickens and almost catching her we decided the girls would have to stay in their run for their own safety and our peace of mind.

CountryBoy built them a beautiful coop that resembled a log cabin.  It was quite roomy with feeding troughs, feed storage, roosts, a window fan for those hot Florida summers, lighting and plenty of nest boxes.  Their coop even had a front porch with a swing!  The girls could walk out their door onto the porch and step off into their run.  It was a really great setup.  And, since they weren’t free-ranging, all one had to do when it was time to gather the eggs was go into the coop and collect them from the nest boxes.  Easy-peasy!

We wondered where these girls would lay their eggs when it was time for them to start laying especially since they didn’t have any older role models to learn from.

We soon found out.

After discovering some oddball places (under the table saw, in a hole in the dirt behind the riding mower to name a few) we moved things around so those areas would not be desirable for a nest and we also put them in a nest box when they would start singing the egg song.  Now, we are down to three locations.

One place one hen (and sometimes up to three hens) like to lay is in the hay stall in the barn. 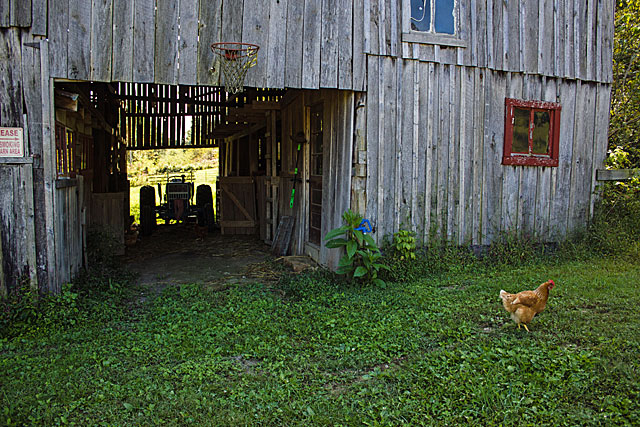 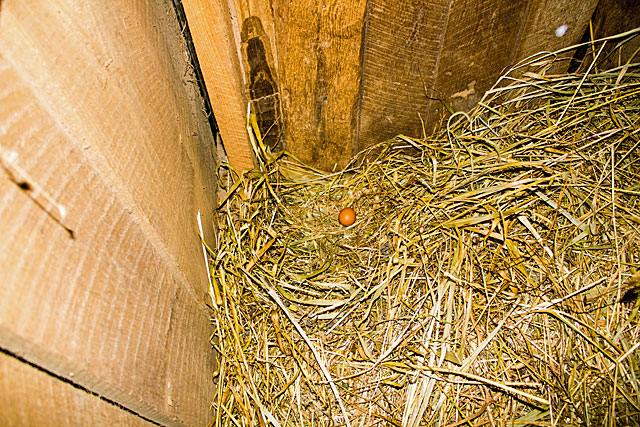 Another place one, sometimes two hens like to lay is on a shelf in the wood shed where CountryBoy put some grass for them.

And, last but not last is in the actual nest boxes in their coop. 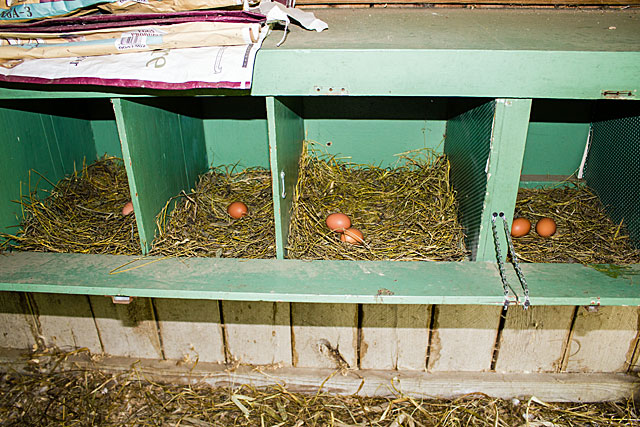 Fortunately, most of them lay in there but it’s always like an Easter Egg hunt when it’s time to gather the eggs!

Till next time friends 🙂